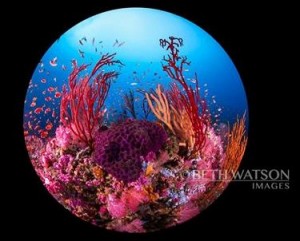 This expedition is happening in Puerto Galera right now. The California Academy of Sciences, in San Francisco, California, was established in 1853, and is one of the largest natural history museums the world. It also includes an aquarium and planetarium.

Led by Dr. Terry Gosliner, PHD and titled Documenting Diversity in the Apex of the Coral Triangle: Inventory of Philippine Marine Biodiversity. This project examines the biodiversity patterns of different types of organisms along the north-south and east-west gradients of the Verde Island Passage, which is known as the center of the center of marine biodiversity. The goal of the project is to document new biodiversity in the Verde Island Passage. In the past, documentation of this biodiversity has helped drive interest and sustainable ecotourism to the areas studied, has brought community outreach and educational opportunities to local communities, and has provided information and conservation recommendations to more effectively promote sustainable local tourism and conservation outcomes. This project represents a collaboration between U.S and Philippine scientific partners.

The Richest Reef: Exploring the Most Diverse Marine Ecosystem on Earth