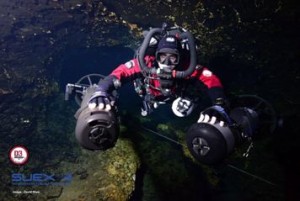 Over two evenings Tech Asia put on four talks some fascinating explorations and dive projects that are taking place both worldwide and locally.

Steve Cox, one of Tech Asia’s original divers and now senior exploration diver in legendary Woodville Karst Plan Project, spoke about his efforts in Chips Hole, a Florida cave initially explored by the late Sheck Exley – one of diving’s true pioneers. More recently under the WKPP Chips has become the project on which Steve Cox and his buddy Blake Wilson have taken the lead, and have stretched this difficult system to around 16,000 ft or 5,000m of explored passage in their quest to connect it to the nearby and much deeper Leon Sinks System.

Casey Mckinlay, our special guest of the weekend and Project Director of the WKPP,  discussed and illustrated his dives in another project in which he participates, the Sian Ka’an Biosphere, a UNESCO World Heritage site in Tulum, Mexico, which is being explored under a special permit issued to the MCEP – Mexico Cave Exploration Project, and also recounted a project several years ago which video documented the wreck of the cruiser USS Atlanta, sunk in 1942 in 130m of water in the Solomon Islands

Lastly we turned to home waters. Steve and Dave Ross delivered a short history of the events and discoveries of our own Asian Karst Exploration Project, operating in Samar, Philippines, where after several years of effort we believe we have discovered some of the most significant underwater caves in all of SE Asia…

All of this was coupled with two days of demo diving available on Suex scooters, for whom Casey is in charge of Global Business development. The fun of using these made the grey rainy weather irrelevant as people toured the Canyons and Verde Island with these tremendous pieces of essential dive gear 😉

Many thanks to Steve Cox for instigating the event, Casey for joining us, Miko Zulueta – our local distributor – for supporting the event, Michael Puz for extra scooters, and everyone that came along and joined in. The team now heads south for more cave exploration in Samar…. 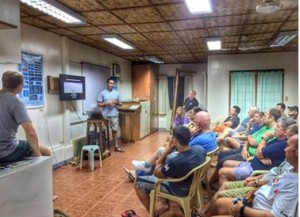 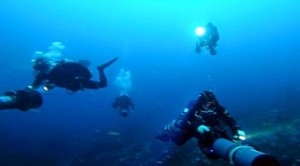