Now that the silly season is upon us why should we be any different?   So, we have decided to have a series of silly but fun competitions.

Something I had wondered for a long time is this.   Suppose I was sitting fully dressed in El Galleon and suddenly decided I wanted to go diving and to explore a small wreck. How long would it take before I actually was exploring a sunken boat?

So we had a competition among the staff of Asia Divers to do just that. From the starting whistle each entrant had to locate his dive gear and change into it, get and check his air and then get to Sabang Wreck and show his name to our camera man. The prize for the person doing it in the fastest time was a dinner for two at El Galleon.

Here we can see the starting line up.

There was a lot of hustle and bustle at the start with everyone rushing to change and get their kit on. 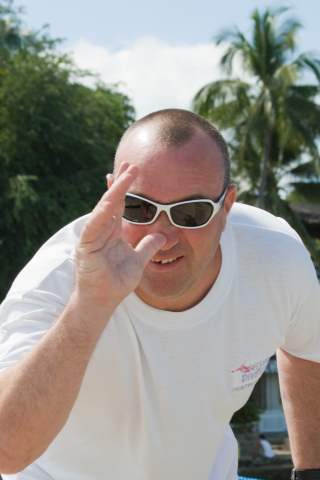 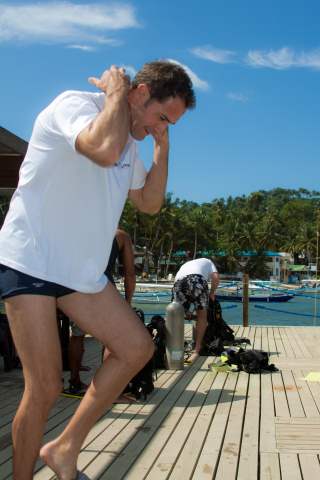 We created a movie of the whole event which is a hoot, so I won’t spoil the ending by saying who won the dinner for two but will give you a link to the movie in the next day or two.

In the meantime, HAPPY CHRISTMAS everyone and may you all win the lottery and come and stay with us in 2011.