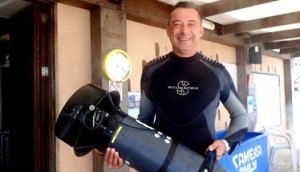 It’s us great pleasure to have Jamie Morton as a new member of El Galleon’s kitchen. Jamie has brought a wealth of knowledge and experience with him and has worked and lectured in some amazing places and for some amazing people.

From his recent job in PNG working at the Royal Papua Yacht Club and being a celebrity chef for TV shows and catered for many events not only in PNG but also Australia and New Zealand where he worked and lectured in the NZ of culinary arts, celebrity chef and participated in five “Battle of Chefs” New Zealand TV episodes. In total there were around 50 of the best chefs in NZ who participated and Jamie came 2nd place. Involved in various restaurant consultancy including “Taste by Design Catering” an outside catering company who catered for weddings and top clients such as Mick Jagger & Rolling Stones, Stevie Nicks, UB40, Justin Timberlake and their crews.

We are very excited to have Jamie and we know you will too… his food is fun and it tastes only how you would expect from a top chef who is passionate about his cooking. As Jamie is a very keen diver, you’ll see a lot of him around the dive shop when he’s not in the kitchen.