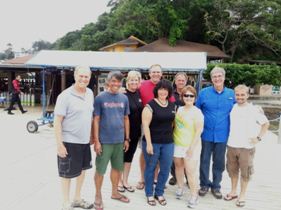 What a fantastic week of critter finding it’s has been with the Critterfest Group from the USA. Mike Bartick from Crystal Blue brought the group over for a week of fun, but it was not just the critters that were around, they had a great sighting of a Thresher Shark and 4 awesome dives at Verde Island where the very elusive Coral Cat Shark was sighted.

It’s that time of year again where the water gets a little chilly and the Thresher’s come out to play. Over the past 5 years it has continued to get better and better for sighting Thresher Sharks here at Puerto Galera especially during the months from December to April when the water is a little cooler. 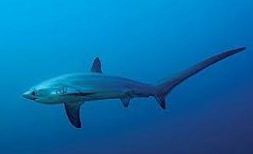 On Saturday Jamie led a dive to Kilima where there is a cleaning station and saw 3 Threshers all at once wow! Malapascua eat your heart out!