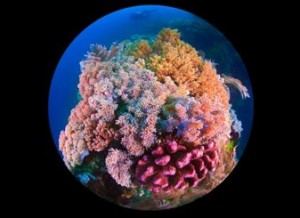 More on why Puerto Galera is just so awesome! From Manila Today

“The Verde Island Passage Marine Corridor (VIP) is famously known as “the center of the center of marine biodiversity” (Carpenter and Springer, 2005). It is the proverbial heart of the Coral Triangle, the apex of aquatic life on Earth. The Passage’s 900,000 square-kilometer area is home to 60% of the world’s known shorefish species, and even as much has yet to be explored in its waters.

Marine life here has the highest levels of endemism and biodiversity anywhere. Scientists counted 1,736 species in a mere 10-by-10 kilometer area. This includes more than 300 coral species and 32 mangrove species in Batangas alone, 20 seagrass species in Balayan Bay and Mindoro Oriental, 162 fish species, rare enclaves of clams, endangered sea turtles, and more. You don’t need to be a mathematician to be astounded of the plentitude of creatures that live in the VIP.

Just this June 2015, scientists from the California Academy of Sciences found more than 100 rare and new species in the Passage. A sea urchin species long thought to have disappeared over the past 230 years was also recently ‘rediscovered’ in the VIP.”